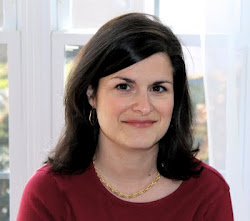 .
Pre-Order: Amazon ~ Barnes and Noble (Only $5.70!)
Add it: Goodreads
.
Describe your book in one word:
.
This is so not fair. Why can’t I have two? Hrumph. Fine, if you’re going to be a stickler about it, I’d say “magical”. But if you let me sneak in a second, I’ll say “curses” – not the dirty word kind, the flesh-eating and soul-sucking kind.
.
Cast your heroine:
.
Argh, this is hard because I never found a perfect photo to model Emma Guthrie on, but I always knew what she looked like. She’s got Irish pink skin, strawberry blonde hair and hazel eyes. But she isn’t a frail waif of a girl, she’s spunky, smart and substantial. So, if I had to pick someone I’d go with Emily Osment.
.

.
Cast your hero:
.
This one is easy. As soon as I saw Brando Eaton in Dexter I said, “Oh my gosh, that’s Cooper Beaumont.” I mean, seriously, how cute is he? And he just looks like a nice guy, too, doesn’t he?
.

.
Describe your heroine in three words:
.
Spunky, smart and dedicated.
.
Describe your hero in three words:
.
Gorgeous, kind, threatened.
.
Favorite line by your hero:
.
“But what if I don’t want things to be normal? I like thinking about you, worrying about your safety. Caring about you. From the moment you got here this summer I knew I wanted things to be different between us.” His eyes turn down. “I thought I sensed you did, too.”
.
Favorite line by your heroine:
.
“You have no idea how long I’ve wanted this, Cooper. I can hardly even believe it now.”
.
How would your heroine describe your hero when she first meets him?:
.
At the beginning of CONJURE, Emma hasn’t seen Cooper for nearly a year. She’s astonished by the new, hard edge of his jaw, his etched cheekbones and the several new inches he’s gained in height. Breathless, she calls him the unrequited love of her fourteen-year-old life.
.
How would your hero describe your heroine when he first meets her?:
.
Cooper gets a chance to tell Emma what he thought the first time he saw her that summer:  “You were at your dad’s, wearing that funky skirt of yours and your hair was pulled up in a pony tail. I couldn’t believe how pretty you were.”
.
Choose an on-screen kiss that best illustrates the intensity between these two characters:
.
Sixteen Candles. Samantha. Jake. On the dining room table. Need I say more? It’s sweet and romantic. And perfect. (MW Note: I LOVE THIS MOVIE, and I am so bummed that I could not find a Youtube video of the full kiss!)

Why do you write in the genre you write?:
.
I was a voracious reader when I was young and paranormal stories were my favorite. I loved falling into an alternative universe with other-worldly creatures. Those stories transported me from my not-idyllic childhood. I hope my stories can provide a similar portal to today’s tweens and teens.
.
What other genres would you consider and why?:
.
Aside from YA paranormals, I've got a great YA contemporary story in mind. It has to do with a girl who succumbs to peer pressure and ends up way, way over her head. I hope I can get to that sometime soon because it's a great story that I think will resonate with teens.
.
Can you give us a hint of something else you’re working on?:
.
I’ve got a ton of YA stories percolating in the noggin right now so it's tough to pick which is up first. But decisions have to be made and I've begun conceiving and plotting another YA series that will feature some paranormal/fantasy elements and focus on a group of kick ass heroines!
.
_______________________________________

Popular posts from this blog

July 18, 2017
Hi! How are you? Excited? Nervous? Hating your MS? Loving your MS? Yep, I get it. Been there, have the wrinkles to prove it. But that's what retinoids are for, and besides-- Wait, let me back up and do this introduction thing properly. And, you know, by "properly" I mean Hart of Dixie style. So, you're probably wondering who I am and why I think I'm a rockstar, when I'm just a brand new little newbie mentor. Well, here's the thing--I'm not really one of those "I think I'm a rockstar" kind of people, so we won't be going there. Sorry. BUT I can tell you who I am. Here goes. OFFICIAL, PRETTY BIO: USA TODAY bestselling author Melissa West is the author of more than fifteen novels, each set in the South and ready to steal a reader’s heart with Southern charm, sweet tea, and a whole mess of gossip. Her novels have received high praise and recognition from RT Book Reviews , Seventeen Magazine , Fresh Fiction, and Harlequin Junk
1 comment
Read more

October 03, 2013
Welcome to YA Scavenger Hunt! This tri-annual event was first organized by author Colleen Houck as a way to give readers a chance to gain access to exclusive bonus material from their favorite authors...and a chance to win some awesome prizes! At this hunt, you not only get access to exclusive content from each author, you also get a clue for the hunt. Add up the clues, and you can enter for our prize--one lucky winner will receive one signed book from each author on the hunt in my team ! But play fast: this contest (and all the exclusive bonus material) will only be online for 72 hours! Go to the YA Scavenger Hunt page to find out all about the hunt. There are THREE contests going on simultaneously, and you can enter one or all! I am a part of the GOLD TEAM --but there is also a red team and a blue team for a chance to win a whole different set of signed books! If you'd like to find out more about the hunt, see links to all the authors participating, and see the full li
79 comments
Read more

Outlining -- a.k.a pulling your hair out

December 13, 2010
O utlining...yes, that organizational craziness that forces you to look like the poor cat above. Yep, that's what I'm talking about today. After reading a fellow blogger’s post regarding plotters vs. pansters, I began to research various outlining methods. The snowflake method is a very common approach that involves starting with a summary sentence (a.k.a pitch) then expanding out. Some claim this hinders creativity, while supporters feel it keeps them on track. I've decided to use elements of the approach (click here ). I like the pitch sentence to begin with. This took me quite awhile, but in developing my pitch sentence for Twisted Root I found that it helps to think in broad terms. A+B=C But the more interesting element of this model is the disaster moments in the story. You know, those moments where you become the evilest writer on the planet and your characters are tortured. The Snowflake method suggests that you have 3 disasters (more with sub-plots) and an endin
5 comments
Read more

Melissa West
USA TODAY bestselling author Melissa West is the author of more than fifteen novels, each set in the South and ready to steal a reader’s heart with Southern charm, sweet tea, and a whole mess of gossip. When not writing, she enjoys spending time with her family in Georgia. To learn more: www.melissawestauthor.com @MB_West 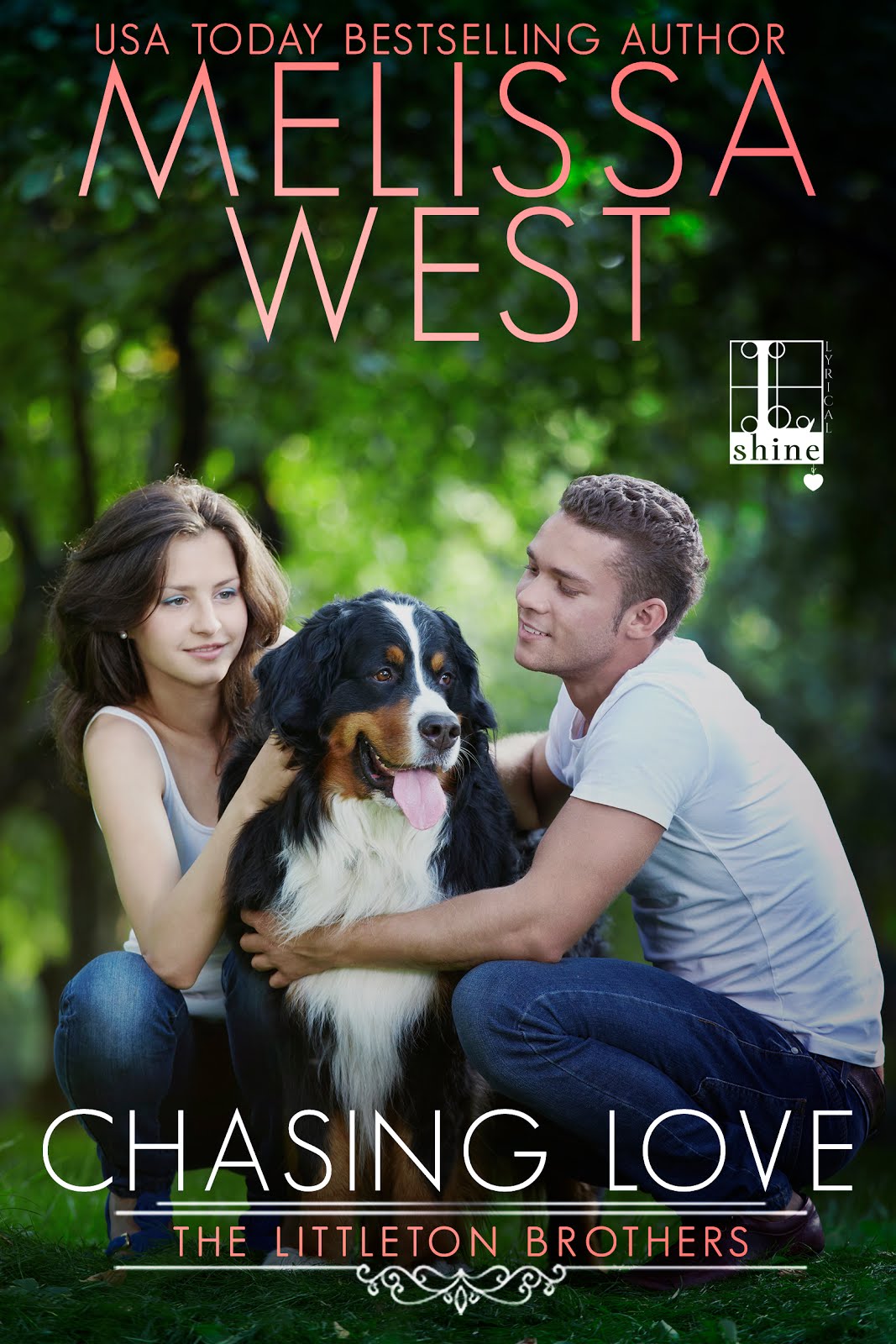